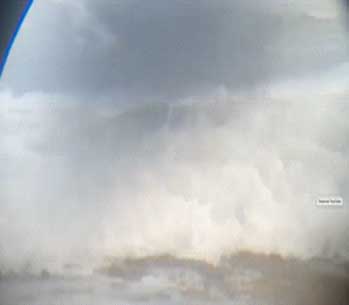 Multimedia works being produced in tandem with general submissions, alongside curation of the Digital Island.

“This year, in the wake of 50 years of independence in Barbados, several questions have been raised as to what constitutes Bajan identity, alongside projects dedicated to the resolution of these questions. “Antillia: The Digital Island” is a transient online pop-up space and project hoping to compile multimedia snapshots of Bajan life, experience, thought and identity, submitted by Bajans at home and of the Diaspora. The project hopes to challenge and expand upon the conventions of Bajan identity. Through momentarily charging a virtual space with the efforts of a community, may a digital island or diaspora emerge, defying the limitations of borders and the physical map. The project of the title stems from the reputed phantom island of the same name, from which we have gained the word, “Antilles”; an island that characteristically exists in a similitude of disappearance and reappearance. Compiling ‘snapshots’ intends to remove any limits to the variety of responses, with a focus on the Bajan “Everyday”. These snapshots can include video, photography, sound recordings, text, painting, sculpture, performance, etc. All media formats will be accepted (as long as these may be accessed digitally). There are no limits on the quantity of submissions made by any individual contributor. ALL submissions will be accepted, credited to their respective contributors and presented through the online platform. The project and the platform will only be presented throughout the month of November.”

‘Antillia: The Digital Island’ is a temporary online pop-up space and project hoping to compile multimedia snapshots of Bajan life, experience, thought and identity, submitted by Bajans at home and of the Diaspora.