A to Z Dennis Bovell 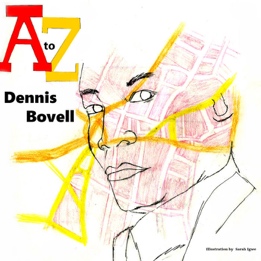 This album cuts across all genres Dennis has worked on in his career. Dub, Roots Reggae, Lovers Rock, Ska, Soca and a rare acoustic number. Some tracks have never been released and are only available here.
This collection begins to reveal the full extent of the man’s enormous and varied catalogue.

“Dennis Bovell is an undisputed master of the dancehall, the studio and the stage. It’s hard to imagine that music created, played or produced by one influential artist can capture and define a whole musical era. This extraordinary collection reveals how that apparently impossible task was completed. Covering almost 40 hard- working years of relentless creativity, this anthology presents a special selection of Bovell’s prolific output. Here, his work ranges across diverse musical forms and styles. A to Z showcases a mighty, outernational talent without either peer or limit.”